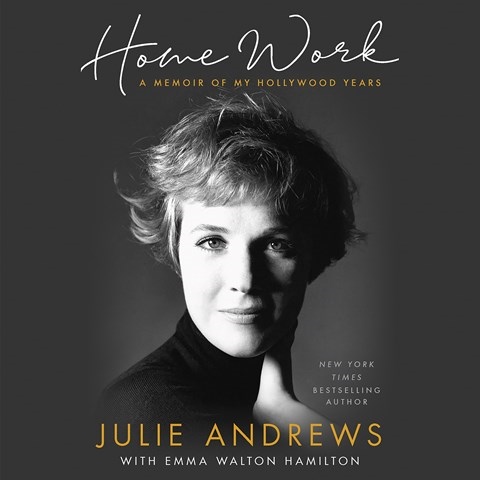 HOME WORK A Memoir of My Hollywood Years

Following her bestselling memoir HOME, Julie Andrews, along with her daughter, Emma Walton Hamilton, have put together an elegant memoir of Andrews's Hollywood years. In that charming, familiar voice, Andrews fills in the years between 1963 and 1986, recounting her arrival in Hollywood, her marriage to designer Tony Walton, its eventual end, and her astronomical rise to stardom in MARY POPPINS and THE SOUND OF MUSIC. Delivering many of her insightful diary entries, Andrews sounds sincerely amazed and delighted. She married producer Blake Edwards (VICTOR/VICTORIA), a marriage that lasted 41 years, until his death. Andrews acknowledges her gifts, but she attributes much of her success to luck. We're the lucky ones--to have Andrews and this audio gem. S.J.H. © AudioFile 2019, Portland, Maine [Published: OCTOBER 2019]