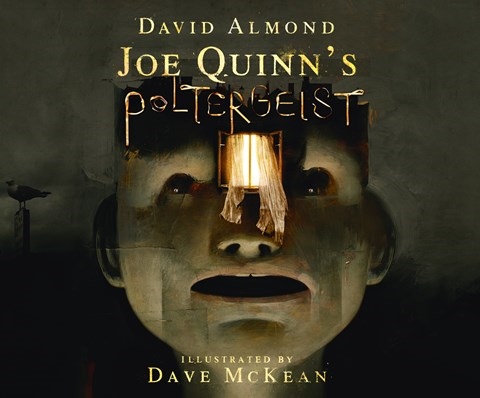 Narrator Malcolm Hamilton adeptly matches his delivery to this graphic novel's dark mood. Davie is a somber teen who is invited by the jocular Joe Quinn to experience the outbursts of the poltergeist that haunts his home. Listeners will need an ear tuned for this production's accent and uncommon words from the north of England. In a soft but sardonic tenor, Hamilton conveys Davie's obvious dislike for Joe Quinn, his lingering grief over his sister's death, and his disdain for religion. When Father Kelly is invited to experience the spirit, the listener discovers his fondness for drink. Hamilton slurs his words as the priest confides his own religious misgivings. Hamilton reveals Davie's gentler nature when he converses affectionately with his mother. Davie ponders life, death, and the afterlife in this affecting story. L.T. © AudioFile 2019, Portland, Maine [Published: DECEMBER 2019]