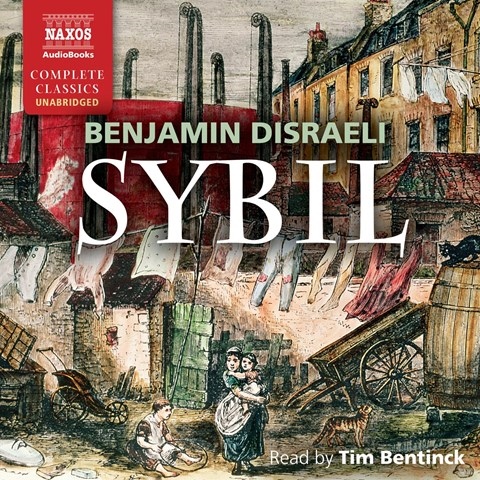 Disraeli, like his later peer Churchill, made his reputation as a writer before entering Parliament. His political fame easily eclipsed his novelistic reputation, and this audiobook gives us a fair understanding of why. Many of its secondary characters are so similar that even narrator Tim Bentinck's many tones and accents cannot help listeners distinguish them, and no one could do much with the digressions into British constitutional history. The major characters, despite Bentinck's efforts, are pretty monochromatic, the heroes unnaturally good and the villains totally bad. And while the lectures on Chartism and the obligations of the wealthy toward the poor may have been fascinating when the book was new (1845), they have lost their immediacy. D.M.H. © AudioFile 2019, Portland, Maine [Published: OCTOBER 2019]