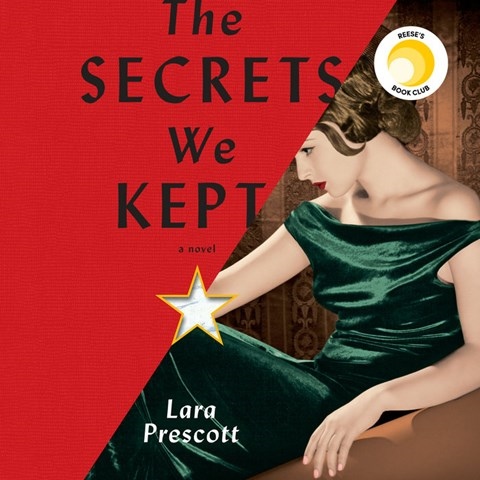 THE SECRETS WE KEPT

This ensemble performance of Laura Prescott's novel, told from multiple points of view, reimagines from a female perspective one of the great Cold War coups--the smuggling into the West and publication in 1958 of Boris Pasternak's DR. ZHIVAGO. In Washington, the narrators include "The Typists" at CIA headquarters, a young Russian-speaking agent, and a glamorous senior agent suspected of homosexuality. In Russia, the voice is Olga's, Zhivago's Lara, whose sufferings parallel and illuminate the fate of each character in the story. The novel's interacting themes and parallels are wonderfully captured by the accomplished cast, who render these voices with such spirit and comprehension. One caution: The author doesn't identify the narrator of new chapters; it helps to repeat the first quarter minute or so. D.A.W. Winner of AudioFile Earphones Award © AudioFile 2019, Portland, Maine [Published: OCTOBER 2019]