Home»Reviews»THOMAS PAINE AND THE CLARION CALL FOR AMERICAN INDEPENDENCE 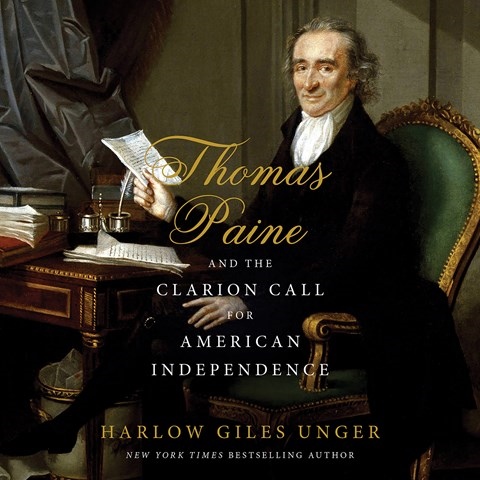 THOMAS PAINE AND THE CLARION CALL FOR AMERICAN INDEPENDENCE

The most influential political writer of his generation, Thomas Paine, "philosopher of the American Revolution," counted Ben Franklin and James Madison among his friends. Reflecting Paine's English upbringing, narrator Peter Berkrot employs a British accent when quoting him. He also projects the urgency with which this Founding Father approached every issue, starting with his acclaimed pamphlet, "Common Sense." Paine used his power to promote other causes as well, not all of them popular. After the American Revolution, he went to France to support the overthrow of the monarchy--and barely escaped the guillotine. A radical thinker, he provoked even his friends to turn against him and died in poverty. This biography and Berkrot's narration capture the man with sympathy and appreciation for his fearlessness. L.W.S. © AudioFile 2020, Portland, Maine [Published: JANUARY 2020]