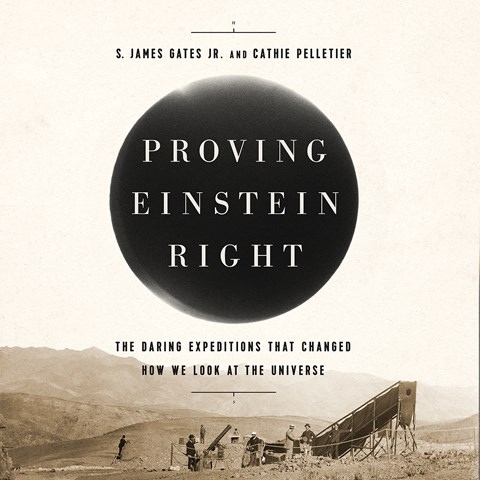 The excitement of early-twentieth-century astronomers echoes through Beresford Bennett's narration. His deep voice paints pictures of five expeditions that set out to capture solar eclipses around the world for the purpose of proving Einstein's theory of relativity, which he introduced in 1911. To do so, scientists needed to show how stars behave against the sun, phenomena that aren't normally visible. Their mission became even more complicated as WWI broke out. The audiobook's tone becomes solemn as Bennett tells stories of the war, such as astronomers watching mobilization in Kiev. S. James Gates, Jr., narrates his introduction, which adds the coauthor's gravitas to these awesome events. J.A.S. © AudioFile 2020, Portland, Maine [Published: MARCH 2020]