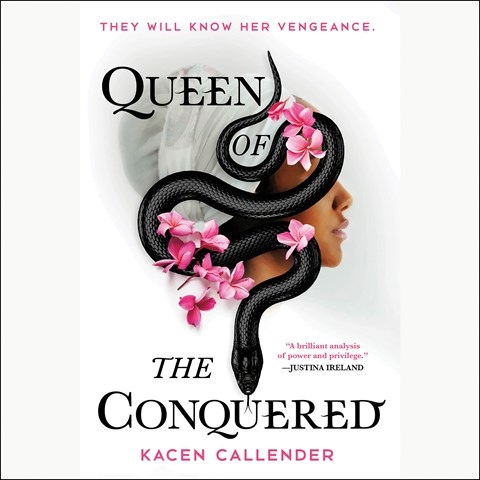 QUEEN OF THE CONQUERED Islands of Blood and Storm, Book 1

Unlike most fantasy worlds that are modeled on European culture and history, this audiobook's world is based on the culture and history of the Caribbean islands. The author is from the U.S. Virgin Islands. Narrator Krystel Roche, a native of Haiti, uses a nuanced Caribbean dialect to tell the story of Sigourney Rose, the last survivor of her island's nobility. Roche captures the persona of an imperious and haughty woman who is driven by the desire for revenge against the colonizers who murdered her family. Roche illuminates Sigourney's inability to understand the islanders' disdain for her--a would-be queen who owns slaves who, other than the color of her skin, is not much different from the colonizers she hates. J.E.M. © AudioFile 2019, Portland, Maine [Published: DECEMBER 2019]