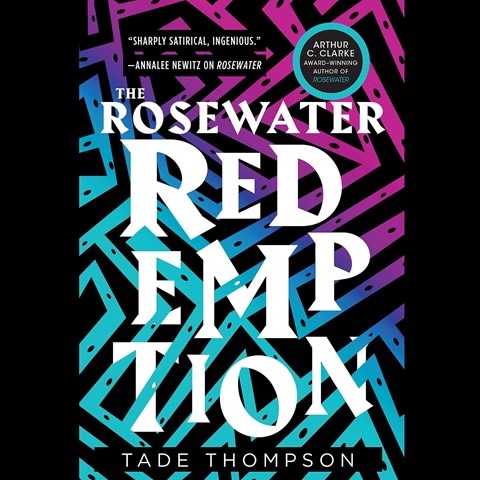 Narrator Bayo Gbadamosi returns to perform the thrilling finale of the Wormwood Trilogy, which revolves around the alien-infested city of Rosewater in Nigeria. The audiobook picks up where THE ROSEWATER INSURRECTION left off. Homians, the aliens occupying corpses using an advanced psychic technology called xenosphere, prepare for the annihilation of humans. Beloved characters such as Aminat, Kaaro, and Oyin Da, among others, make a comeback to try to stop the invading aliens from executing their plans. With his powerful voice, shifting accents, and deliberate pacing, Gbadamosi's storytelling makes this intricate novel easy to grasp and engaging. While he struggles to give distinct voices to some characters, die-hard listeners of this series will still be rewarded by this heart-stopping conclusion. A.C. © AudioFile 2020, Portland, Maine [Published: JUNE 2020]