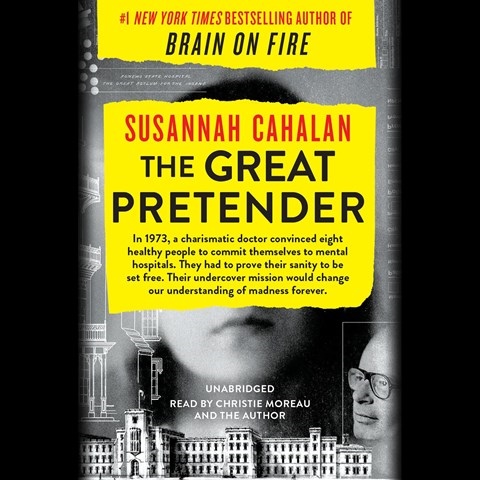 Narrator Christie Moreau strikes just the right balance of seriousness, empathy, and a detective's curiosity in this fascinating investigation of the world of psychiatry. In 1973, Dr. David Rosenhan published an article in SCIENCE titled "On Being Sane in Insane Places" after eight healthy people, including Rosenhan himself, faked their way into psychiatric hospitals. Susannah Cahalan tries to find those pseudopatients. What she learns casts doubt on Rosenhan's data and conclusions. In a thoughtful and charming narration, Moreau reveals the odd note of whimsical humor. She is also appropriately sensitive to Cahalan's own brush with psychiatric misdiagnosis, when a rare autoimmune disease attacked her brain, presenting as schizophrenia. A.B. © AudioFile 2020, Portland, Maine [Published: MARCH 2020]