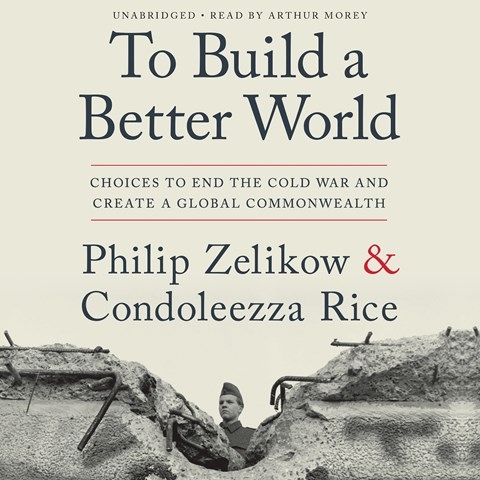 Arthur Morey sounds like a news commentator as he narrates this sweeping historical study subtitled "Choices to End the Cold War and Create a Global Commonwealth." Author Zelikow, former counselor to the U.S. State Department, teams up with Condoleezza Rice, former secretary of state, to explain the politics and economics of Europe and the United States from 1988 through the early 1990s, with particular emphasis on the careers of Angela Merkel and Vladimir Putin. Morey's unwavering narration maintains the listener's attention while recounting events and reading documents that reach back to WWI and into the present, emphasizing partnerships, principles, and practicality, and marking the thirtieth anniversary of the fall of the Berlin Wall. M.B.K. © AudioFile 2020, Portland, Maine [Published: MARCH 2020]