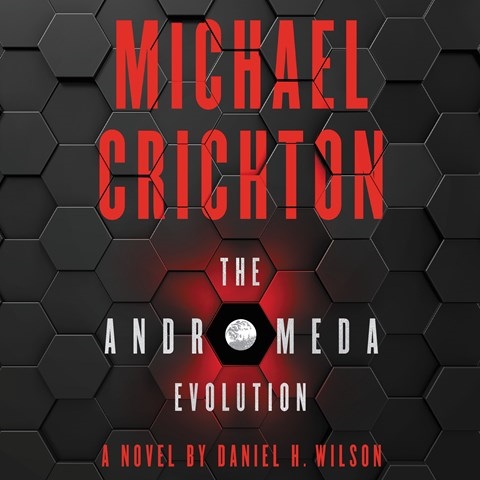 This frightening audiobook sequel, capably voiced by narrator Julia Whelan, proves that you can kill neither the Andromeda Strain nor the creative genius of the late Michael Crichton. Fifty years after the original, this new techno-thriller, cowritten by Daniel H. Wilson (ROBOPOCALYPSE), brings back a whole new, diverse cast of characters to exterminate that pesky extraterrestrial bug, which again raises its rapidly multiplying head. The versatile Whelan is just the narrator to animate these characters. She inhabits the largely male cast as skillfully as she does the handful of female characters. She also adds spark to the dry reports and recordings that make up a good chunk of the audiobook. In sum, she turns this pulse-pounding adventure into a must-listen. D.E.M. © AudioFile 2020, Portland, Maine [Published: DECEMBER 2020]