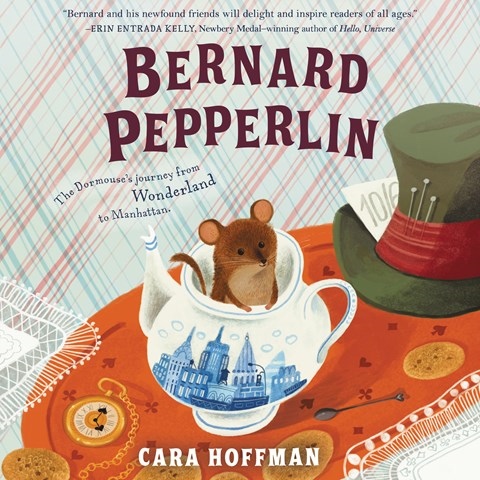 Dormice have all the fun. At least, the famous dormouse of ALICE IN WONDERLAND does, while also having some rip-roaring adventures. First, he is voiced by Gary Furlong--as are nasty weasels, a wisecracking cat, dancing cockroaches, an enterprising iguana, even more creatures, and some colorful humans characterized with an entertaining panoply of accents and personalities. Second, he dives into the teapot at the Mad Hatter's endless tea party, comes up in the Hudson River, and paddles his way to New York City. What could be better? Making friends with every variety of animal and saving the city from the Porkpie Gang, all while insisting that he's not from England, but Wonderland. The result is a witty, clever, sometimes scary, beautifully voiced entertainment for all ages. A.C.S. Winner of AudioFile Earphones Award © AudioFile 2019, Portland, Maine [Published: OCTOBER 2019]