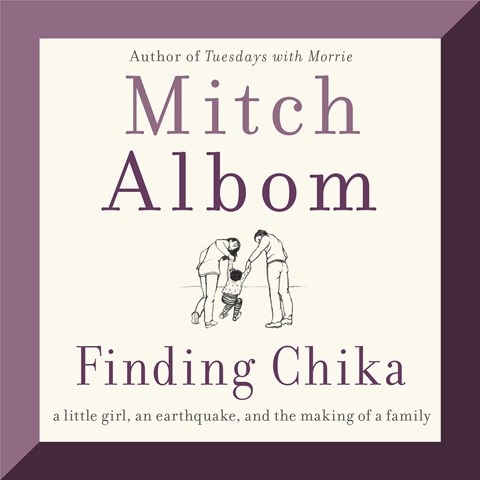 FINDING CHIKA A Little Girl, an Earthquake, and the Making of a Family

Mitch Albom and his wife didn't raise kids of their own, but when he talks about having become guardian to a Haitian girl named Chika, his voice takes on a father's tone. The couple brought Chika from their orphanage in Haiti to the U.S. to have a brain tumor treated. The story is framed as an imaginary conversation with the girl, who died at age 7 after beating the odds for nearly two years. Albom gives Chika a childlike bossy, insistent voice for their exchanges. Everything is told in short bursts, with her actual voice occasionally woven into the audiobook. Albom is mostly upbeat, only taking a tearful tone at the end as he recalls the effect Chika had on his life. J.A.S. © AudioFile 2020, Portland, Maine [Published: JANUARY 2020]