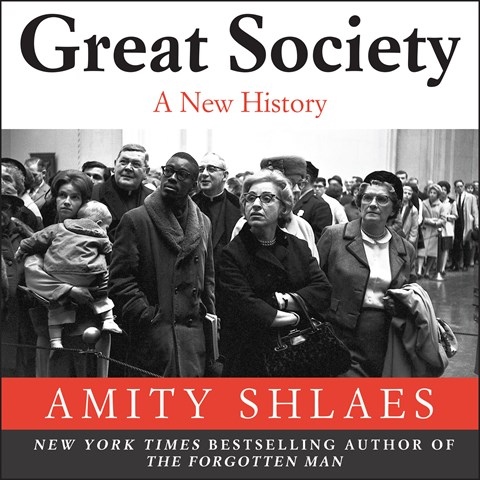 GREAT SOCIETY A New History of the 1960s in America

Terence Aselford brings an announcer's voice to this work as he peppers listeners with the statistics and anecdotes in its opening summary. Shlaes takes a skeptical view of the Lyndon Johnson's "Great Society," which expanded government in the 1960s. She cites problems such as the urban housing projects that turned to space-age materials to curb vandalism as factory jobs left cities and poverty increased, provoking criticism from many, including author James Baldwin. As she does, she traces the evolution of Ronald Reagan from GE spokesman to political figure. She uses tallies of guns, butter, and the Dow to track economic effects. Aselford can bog down when talking about dry topics such as legal challenges or Federal Reserve maneuvers, but he generally keeps this detailed history of a decade of change interesting. J.A.S. © AudioFile 2019, Portland, Maine [Published: DECEMBER 2019]