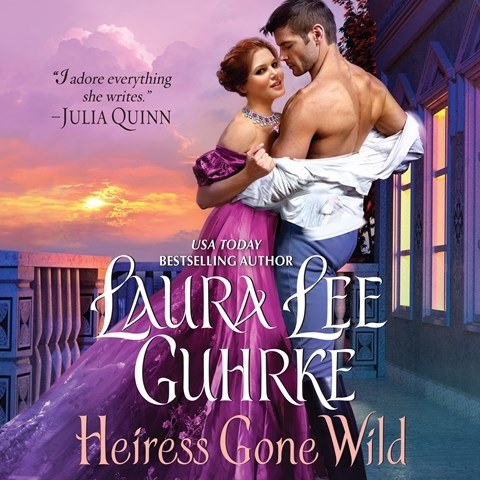 Englishman Jonathan Deverill was expecting a girl when he arrived at a finishing school in America to claim guardianship of his late friend's daughter. Narrator Justine Eyre has the listener feeling his shock when he finds a headstrong, beautiful young woman instead. Jonathan plans to leave Marjorie behind when he travels back to England, but she will have none of that and sneaks aboard ship. Eyre deftly switches from Marjorie's American accent to Jonathan's British one. Both Jonathan and Marjorie go through a series of emotions as he struggles to make plans for his future and Marjorie fears being abandoned, as she was by her father. Eyre has listeners experiencing their ups and downs as they struggle to find their happily ever after. S.B. © AudioFile 2019, Portland, Maine [Published: OCTOBER 2019]