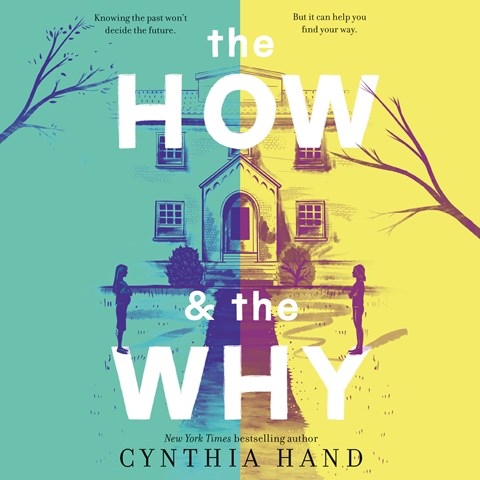 THE HOW & THE WHY

Two narrators tell the story of a mother and the daughter she gives up for adoption. Erin Spencer portrays Sandra, an unwed 16-year-old, who writes a letter to her child, which the child can request when she turns 18. Spencer's voice begins with reluctance and becomes more emotional in later letters as she relates the hows and whys, along with the love, that informed Sandra's decision to give up her baby. Phoebe Strole portrays the daughter, Cass, who has now turned 18 and is curious about her origins. Strole gives her the voice of an active teen involved in a busy life that is complicated by her desire to know her history and by the impact that could have on her parents, especially her mom, who is awaiting a heart transplant. Strole also gives a large cast of supporting characters unique voices. N.E.M. © AudioFile 2019, Portland, Maine [Published: DECEMBER 2019]