Home»Reviews»I HOPE YOU GET THIS MESSAGE 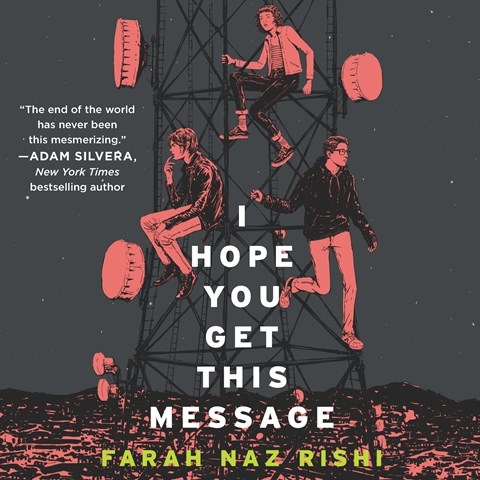 I HOPE YOU GET THIS MESSAGE

Priya Ayyar's narration, though adequate, does little to elevate this story of three teenagers faced with the end of the world. When Earth receives a message from an alien planet that humanity will be destroyed in only seven days, teens Adeem, Jesse, and Cate are all enmeshed in their own problems. Once they become caught up in the fray, they are thrown together by circumstance and desperation as they try to fix their mistakes before it's too late. Ayyar captures the uncertainty and intensity of the teen characters but doesn't significantly change her tone as she moves between their three points of view, which makes it difficult for listeners to follow the story. Also, her voicing of minor characters is sometimes clumsy, making this engaging novel a run-of-the-mill listening experience. L.S. © AudioFile 2019, Portland, Maine [Published: NOVEMBER 2019]