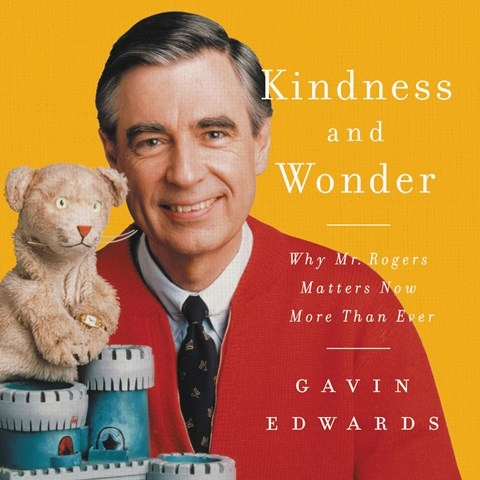 KINDNESS AND WONDER Why Mister Rogers Matters Now More Than Ever

Jeremy Arthur's voice is gentle, although not quite as much as Mister Rogers's, as he narrates Gavin Edwards's biography and musings on the TV icon. Edwards traces the evolution of Rogers's show from "Children's Corner" on Pittsburgh public TV station WQED to its conclusion early in the 21st century. He looks into vague rumblings of discontent in Rogers's neighborhood, including a split with early collaborator Josie Carey. Another interesting element involves Francois Clemens, who had the recurring role of Officer Clemens, a policeman. When other regular players reacted with prejudice upon learning that the real-life Clemens was gay, Rogers remained steadfast in his support. Listeners also hear stories from a few famous people who crossed Rogers's path, including Michael Keaton, George Romero, and Rita Moreno. J.A.S. © AudioFile 2020, Portland, Maine [Published: FEBRUARY 2020]