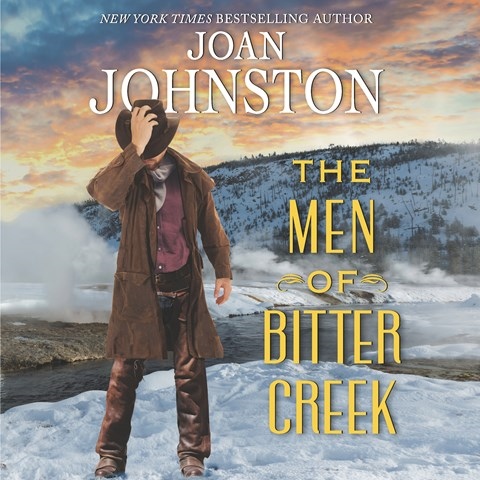 Narrator Tanya Eby captivates listeners with her performances of two historical romances, both featuring jaded men discovering love unconventionally. In the first story, THE MAN FROM WOLF CREEK, mountain man Cale is accompanied by Raven, the daughter of another fur trader who tried to swindle Cale of his stock. When he was caught, a deal was made that Raven would help Cale until the first snowfall. In the second story, THE CHRISTMAS BABY, Conn is trapped in what he believes is a loveless marriage to Winthrop. While both stories have unique plots, Eby does a fantastic job of portraying the romantic and sexual tension between each set of couples as well as highlighting each character's featured qualities. Fans will find both sensual and amorous performances in this seasonal collection. G.M. © AudioFile 2019, Portland, Maine [Published: DECEMBER 2019]