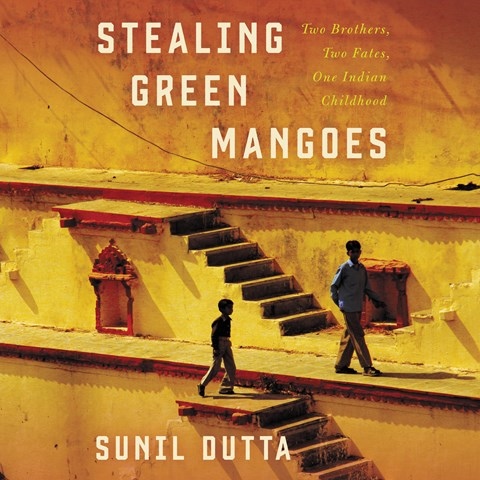 Mirroring the author's intensity, intelligence, and central-Indian vocal tones and rhythms, Sunil Malhotra gives a first-rate narration of this wise and penetrating memoir. As a boy, Dutta followed his heart from the crowded refugee camps of Jaipur to the mean streets of Los Angeles. He led an accomplished life as a translator of traditional Indian poetry and a plant biologist, and, finally, at 34 years old, he joined the Los Angeles Police Department. Conversely, Dutta's older brother, Raju, followed a divergent path of petty theft, small-time terrorism, and finally murder. How could two brothers brought up in the same environment be so different? Malhotra's voice reflects the philosophical questioning, pain, and guilt Dutta felt, along with his sense of responsibility for being his brother's keeper. B.P. © AudioFile 2019, Portland, Maine [Published: DECEMBER 2019]