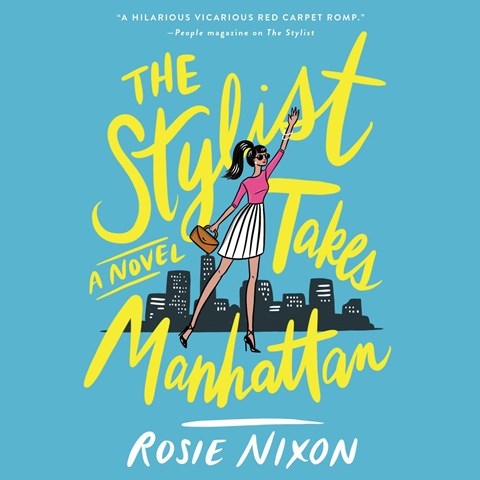 Narrator Emma Fenney returns as exuberant stylist Amber, who takes on Manhattan with her boyfriend, Rob. Amber books freelance work, and her gigs feature triumphs that alternate with disasters such as wailing children with whiny requests during a kids' photo shoot, which Fenney delivers appropriately. The couple adjusts to living together in a tiny Brooklyn apartment with a multitude of stressors. Fenney makes the strain on the couple evident in her delivery of their short responses and tense, tired tones. Amber's determination pays off with a career-making opportunity, but someone from her past may sabotage it. Fenney skillfully switches between British, New York, New Jersey, L.A., and French accents in this hilarious action-packed adventure. This sequel rivals the debut with its comedic timing, cringe-worthy situations, and wonderful imagery. A.L.C. © AudioFile 2020, Portland, Maine [Published: JANUARY 2020]