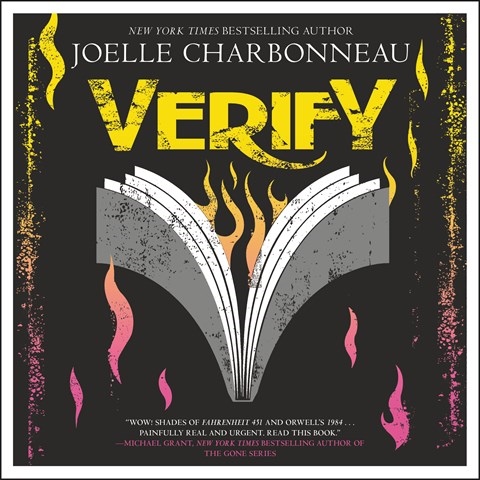 In this dystopian audiobook, listeners are invited to imagine the far-reaching impact of fake news. Narrator Caitlin Kelly employs an unobtrusive style--a fitting choice for a plot-driven story. Sixteen-year-old Meri lives in a future version of Chicago, where she longs to become a government-approved artist just like her mother, who was recently killed in a car accident. Meri's quest to understand her mother's final project leads her to a generations-old government conspiracy to sanitize U.S. history and to the resistance group that is trying to preserve the truth. Kelly imbues Meri's voice with plausible naïveté and spirit. Overall, she keeps listeners engaged throughout the familiar beats of this series opener. R.A.H. © AudioFile 2019, Portland, Maine [Published: DECEMBER 2019]