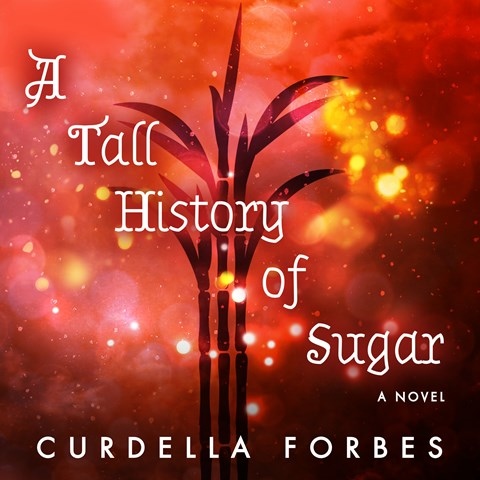 A TALL HISTORY OF SUGAR

It is difficult to imagine that this extraordinary story could be even better, but Robin Miles's sublime narration accomplishes that feat. In 1958, just before Jamaica's independence, a childless couple adopts an abandoned infant and names him Moshe. His pale skin, mismatched- colored eyes, and hair brand him as unusual in his community, and his racial definition mirrors Jamaica's quest for a postcolonial identity. Moshe's affection for his childhood friend, Arrienne, is poignantly depicted. Miles skillfully conveys the story's poetic language and folktale atmosphere, which remain firmly grounded in historical detail. Her rendering of the Jamaican-Creole patois and the Queen's English are a pleasure to hear. Fans of Caribbean literature will sink into this transporting wonder of an audiobook. M.J. Winner of AudioFile Earphones Award © AudioFile 2019, Portland, Maine [Published: DECEMBER 2019]