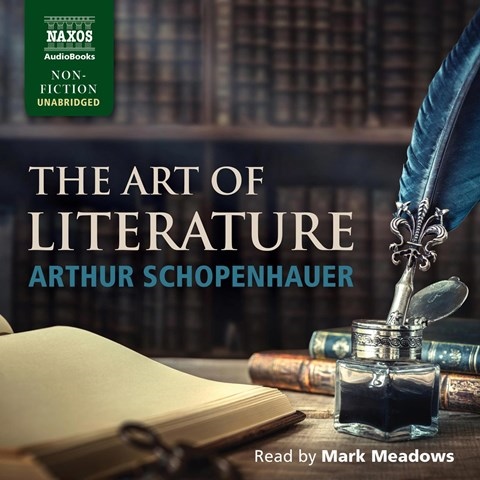 THE ART OF LITERATURE

The words of philosopher Arthur Schopenhauer are now two centuries old, and it's unlikely this audiobook collection of his essays on literature will offer much new for today's writers and critics. Narrator Mark Meadows, likewise, is the sort of erudite British voice that travels across borders and centuries without ever seeming to touch ground. But like an outfit that's never in or out of fashion, the great German thinker speaks to a long tradition of arts and letters, rather than to the style of the moment. One example in his essay on the endurance of Latin. The overlying sense of permanence--in literature, history, culture, and voice--is itself reassuring, and one of the chief pleasures of these thought-provoking essays. D.A.W. © AudioFile 2019, Portland, Maine [Published: OCTOBER 2019]