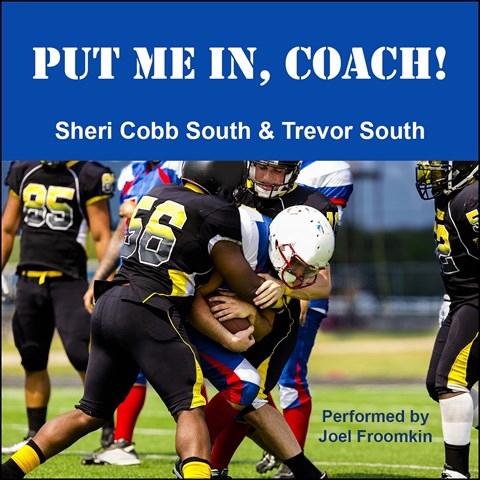 PUT ME IN, COACH!

Joel Froomkin demonstrates, yet again, his impressive skill at narration. Cole Patterson is the son of his middle school's football coach. Listeners will join him as he takes to the bench, hoping to get into a game but often disappointing himself and the team when he does. Dialogue--fan comments and nasty remarks--and various players' accents add to the realistic atmosphere. One competitive dad wants his injured son to play. Froomkin's finesse with the many game highlights keeps the details from sounding repetitive. One emotional moment is when Cole's mother tells him not to pressure his father because he's under scrutiny for standing up to aggressive parents. The moving conclusion is satisfying and shows football at its best. S.G.B. © AudioFile 2019, Portland, Maine [Published: NOVEMBER 2019]