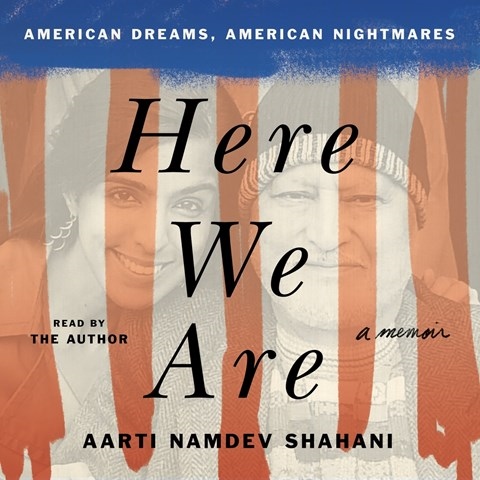 This is simply a beautiful, moving memoir read exceptionally well by Shahani, a reporter for NPR. She shares her family's story of moving to the U.S. from Casablanca when she was a baby. Her father spoke five languages but initially could find only menial labor while living in near squalor in New York City. Eventually, the family finds success, but it all comes crashing down when her father gets caught up in a money- laundering scheme. He serves time in jail, putting the family's immigration status in peril. Shahani does a wonderful job telling her family's story--including seamlessly shifting between English and the multiple languages her family speaks. This is a gripping memoir of struggle, hardship, family strife, and, in the end, achieving the American dream. J.P.S. © AudioFile 2019, Portland, Maine [Published: OCTOBER 2019]