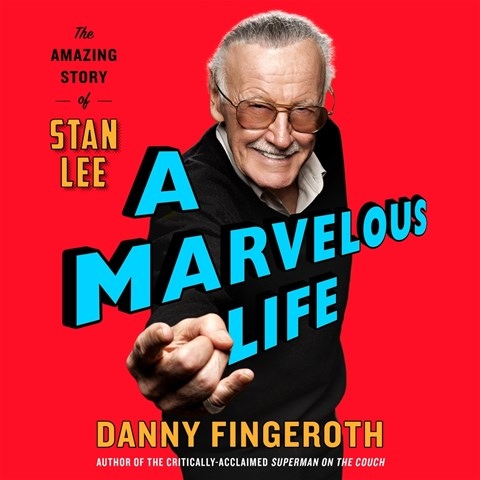 A MARVELOUS LIFE The Amazing Story of Stan Lee

Marvel Comics writer and editor Danny Fingeroth narrates his biography of his friend and mentor, Stan Lee, in a friendly and jovial manner that Lee would appreciate. Lee, who transformed comic books from children's pablum to adult fare with creations like Spider-Man and the Avengers, never planned a life in comics. A frustrated novelist, he imbued his characters with humanity and personality, breaking ground in the comics of the 1950s and '60s. He also made many cameo appearances in the popular Marvel comics movies. Fingeroth narrates Lee's story with love and admiration, revealing aspects of Stan the Man's life even his biggest fans never knew. M.S. © AudioFile 2020, Portland, Maine [Published: FEBRUARY 2020]