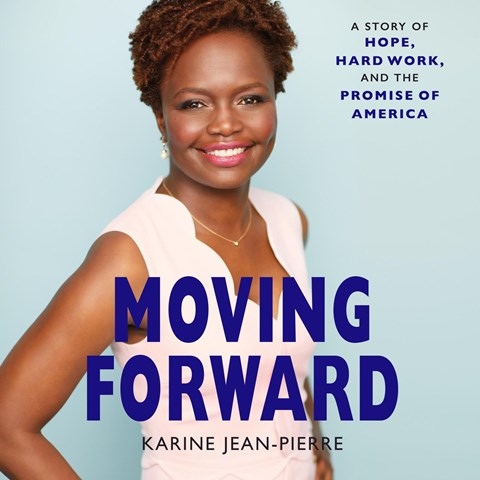 MOVING FORWARD A Story of Hope, Hard Work, and the Promise of America

This political memoir has all the makings of a unique, inspiring story. But it falls short in its execution, including its narration by the author. Jean-Pierre's story is truly compelling; she possesses a stunning amount of optimism and drive. She is the daughter of Haitian immigrants who finds herself, comes out as a lesbian, and pursues a political career that eventually lands her in the Obama White House. But the story sags with believe-in-yourself one-liners that fail to address the complexities of access and opportunity in a white supremacist society. Where these issues are addressed, they are glossed over. As narrator, Jean-Pierre discusses issues like racism and her own suicide attempt in the same bubbly tone she uses for funny anecdotes. Jean-Pierre's life and work are remarkable, but this memoir is not. S.N. © AudioFile 2020, Portland, Maine [Published: JANUARY 2020]