Home»Reviews»A TEAM OF THEIR OWN 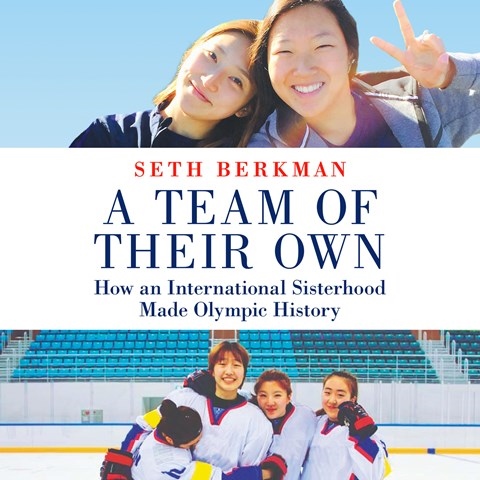 Narrator Jackie Chung gives voice to the incredible story of how, despite decades of enmity, the two Koreas joined together to create their first female Olympic ice hockey team. In Korea, women's hockey was at best ignored, at worst, ridiculed. In hopes of putting together a team that could succeed in the 2018 Olympics, women of Korean background were gathered from multiple countries to form a highly skilled team for South Korea. Just two weeks before the Olympic opening ceremonies, South Korea was told they'd be sharing their team roster with North Korean skaters. Chung skillfully lends her talents to describing how the team accomplished what ambassadors had been unable to, getting both sides to communicate and play fairly. There's plenty of technical information about playing hockey, as well. V.B. © AudioFile 2019, Portland, Maine [Published: NOVEMBER 2019]