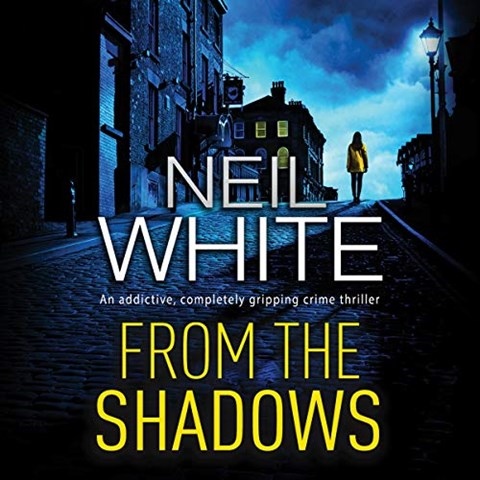 FROM THE SHADOWS Dan Grant and Jayne Brett, Book 1

This audiobook succeeds because narrator Johnny Heller flawlessly delivers White's exceptional murder mystery, making it into one that listeners won't want to turn off. The story features attorney Dan Grant, who inherits a homicide defense from his colleague, Robert Carter. Even though his client appears guilty, Grant is skeptical. He begins to investigate and confirms his suspicions, particularly when schoolteacher Mary Kendricks turns up dead and Carter is charged with her murder. Every scene works well because of Heller's varied voices, seemingly breathless presentation style, and carefully nuanced accents. Listeners will also appreciate the dialogue between Grant and his investigator, Jayne Brett, whose own background adds layers to the intrigue and the surprising, but wholly credible, ending. D.J.S. Winner of AudioFile Earphones Award © AudioFile 2020, Portland, Maine [Published: FEBRUARY 2020]