Home»Reviews»A PLACE OUTSIDE THE LAW 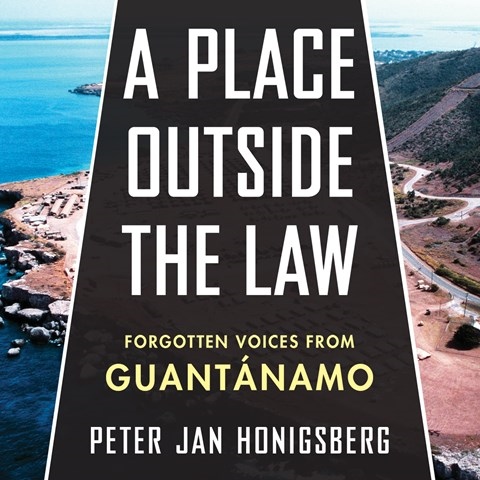 A PLACE OUTSIDE THE LAW Forgotten Voices from Guantanamo

This audiobook is based on filmed interviews of people who were imprisoned or who worked at the Guantanamo Bay prison, where suspected terrorists were held after the 9/11 attacks. Some prisoners remain. Tom Taylorson is a solid narrator, but not hearing the actual voices of those interviewed is a lost opportunity. Including at least some of those real voices would have taken fuller advantage of the audio format. This is still very much worth a listen. Taylorson keeps a steady voice even when he's describing some of the outrages that occurred and the trauma experienced by both inmates and staff. His calm is welcome-- the facts don't need juicing by the narrator to stir emotions. G.S. © AudioFile 2020, Portland, Maine [Published: MARCH 2020]