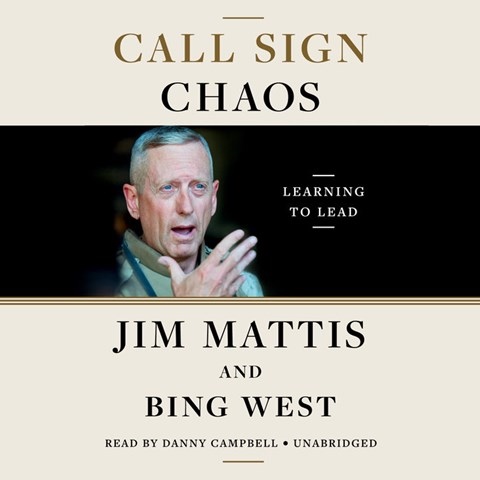 This is not a listen for someone who is looking for an inside account of working in the Trump administration. That General Mattis had a long and storied military career isn't in dispute. That he had a difficult relationship with the president also isn't in dispute. And none of that comes up in this audiobook, which is ably narrated by Danny Campbell. Campbell offers a sympathetic rendering how Mattis's life in the military prepared him to lead fellow service personnel and civilians. It's an interesting and thoughtful story, but one can't help wanting to hear a nugget or two about his time as secretary of defense and his relationship with the president. J.P.S. © AudioFile 2019, Portland, Maine [Published: DECEMBER 2019]