Home»Reviews»A GUEST OF THE REICH 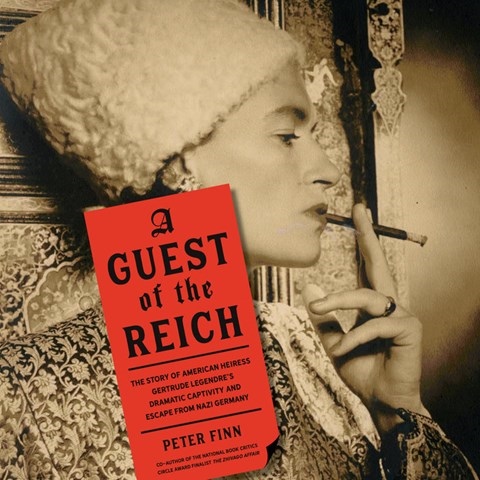 Narrator Rebecca Lowman introduces listeners to Gertrude Legendre, a Southern woman of privilege with a yearning for adventure. Even though she was married and the mother of two young children, she joined the OSS, the precursor to the CIA. Her job gave her access to highly classified information, but it wasn't enough. Gertie, as she was known, was constantly scheming to get herself closer to the German front. Lowman creates an effective wheedling tone for Gertie when she's trying to get her way and also conveys the insouciance she possessed even after her capture. She was a prisoner and a prize for the Germans until she escaped. Lowman's intuitive performance gives voice to this enigmatic woman who fashioned a life most of her listeners would never have chosen. E.E.S. © AudioFile 2019, Portland, Maine [Published: OCTOBER 2019]