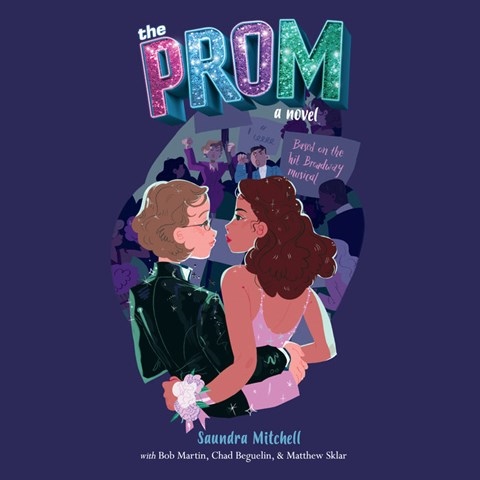 THE PROM A Novel Based on the Hit Broadway Musical

The Broadway musical THE PROM has been adapted into a young adult audiobook performed by the musical's cast. Emma is a lesbian senior at a conservative high school in rural Indiana who would like nothing more than to take her girlfriend to their prom. But her girlfriend is Alyssa, daughter of the PTA president whose chief goal is to ensure that the prom adheres to her noninclusive values. Liberal Broadway celebrities join the cause, creating more problems than they solve. Though this audiobook is credited as having multiple voices, the vast majority is narrated by Caitlin Kinnunen and Isabelle McCalla. Kinnunen's soft, squeaky voice reflects Emma's shyness, while McCalla's formal, official-sounding voice is perfect for student council president Alyssa. S.P. © AudioFile 2019, Portland, Maine [Published: NOVEMBER 2019]