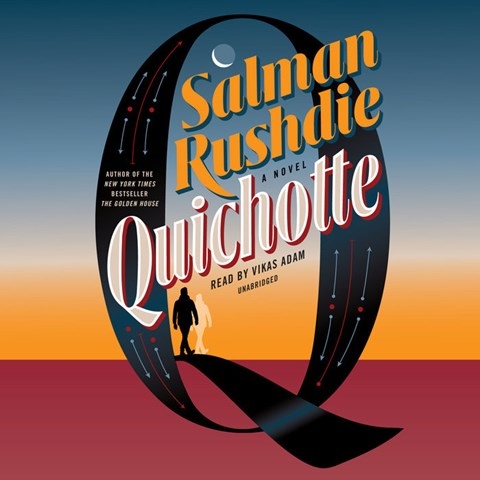 Award-winning narrator Vikas Adam happily jumps from the voice of a Bollywood princess to the mumbles of a fentanyl pharmaceutical rep and the asides of Jiminy Cricket in this giant modern-day fable. The story finds a lovelorn British-Indian Don Quixote and his imaginary son who wants to be real (à la Pinocchio) following their personal quests across an inexhaustible landscape of American pop culture. It's Quichotte's dogged journey through the desert of his family's past, skirting a group of woolly mammoths in New Jersey and finally heading to a New York City daytime talk show hosted by the lovely, unobtainable Selma R., that keeps the story moving. But it's Adam's voice--full of energy, wonder, and easy wit--that truly makes this wandering, satirical, story-within-a-story crazy quilt of a novel really take off. B.P. © AudioFile 2019, Portland, Maine [Published: OCTOBER 2019]