Home»Reviews»SONG OF THE CRIMSON FLOWER 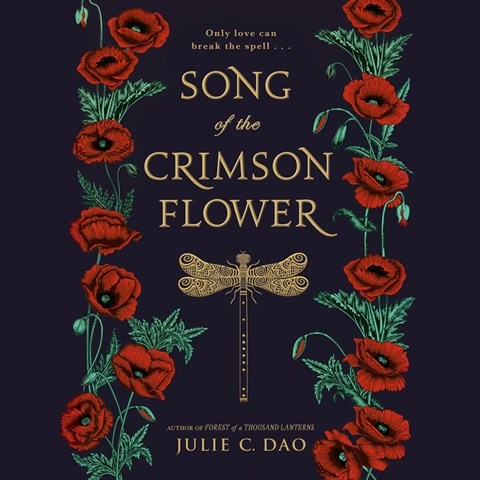 SONG OF THE CRIMSON FLOWER

Kim Mai Guest, who has previously narrated Dao's Rise of the Empress fantasy series, returns with an engaging performance of the latest installment. Lan, a nobleman's daughter, and Bao, an orphaned physician's apprentice, become entangled in a time-bound curse that only a declaration of true love can dispel. Dao's rich world-building immerses listeners in bustling markets, sumptuous residences, murky river passageways, and other locales that bring the story alive. The teenage protagonists' palpable chemistry, drawn by Guest's emotionally attuned characterizations, evolves amid a world on the brink of war, a mysterious disease, and family secrets. References and characters from the previous novels appear, though new series listeners will have no difficulty following events. J.R.T. © AudioFile 2020, Portland, Maine [Published: FEBRUARY 2020]