Home»Reviews»WHAM!, GEORGE MICHAEL AND ME 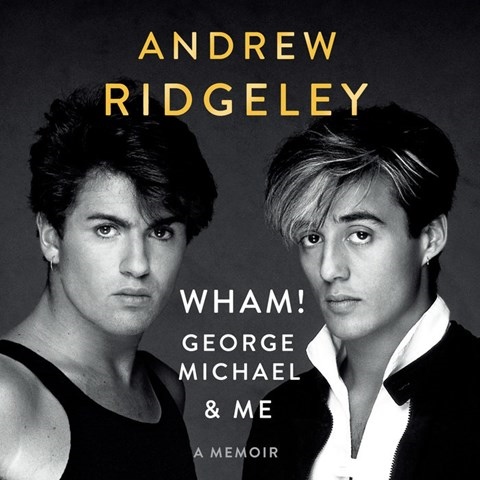 WHAM!, GEORGE MICHAEL AND ME A Memoir

If you only heard WHAM's music, you only know part of the story. For Andrew Ridgeley and George Michael, music was fun and a way to meet girls. Their meteoric rise to worldwide fame as WHAM! in the 1980s was a shock, but one they embraced. Ridgeley narrates their story, saying he never intended for the band to last. He tells a jaunty tale of their rise and eventual breakup, not brushing past the painful portions. He's like a guy sitting around the pub with his mates, telling great backstage stories. He speaks with humility and passion tinged with regret about watching Michael launch a huge solo career and Michael's attempts to hide his homosexuality, which he eventually embraced. And he talks about his friend's death of a heart ailment at age 53. M.S. Winner of AudioFile Earphones Award © AudioFile 2020, Portland, Maine [Published: MARCH 2020]