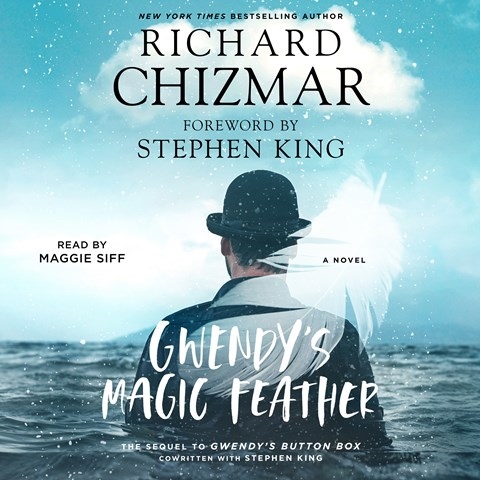 Narrator Maggie Siff returns for this sequel to GWENDY'S BUTTON BOX. In the first audiobook, which was coauthored by Stephen King, Gwendy is an awkward teenager whose life is transformed by a magical button box that brings her good fortune and terror in turn. Now 37 years old, Gwendy is a bestselling author and congresswoman. Suddenly and without explanation, the button box reappears. Gwendy brings it home to Castle Rock, where she faces personal challenges and sinister forces that tempt her to once again use the button box's power. Much like in the original story, Siff's performance focuses mainly on the characters and their relationships. Her voicework creates a palpable sense of warmth and connection--a comforting atmosphere that is constantly threatened by the horror lurking beneath the surface. A.T.N. © AudioFile 2019, Portland, Maine [Published: DECEMBER 2019]