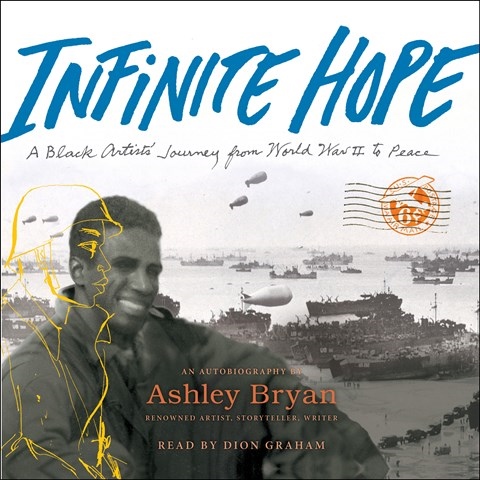 Narrator Dion Graham embodies the awardwinning illustrator Ashley Bryan in this WWII memoir. Eighteen-year-old Bryan was in art school when he was drafted into an all-black battalion and sent to fight with Allied troops on D-Day. His passion for art helped him manage the horrors of war as well as the racism of white officers. The print version of this audiobook includes original photographs, handwritten letters, and sketches. Graham modulates his voice to differentiate between the narrative and the interspersed letters to re-create the intimate feeling of a scrapbook. Listeners will be especially moved by the emotion in Graham's voice as the author describes the psychological and physical toll of war in his letters to his cousin Eva, and one particularly moving letter to his pastor. S.C. © AudioFile 2019, Portland, Maine [Published: OCTOBER 2019]