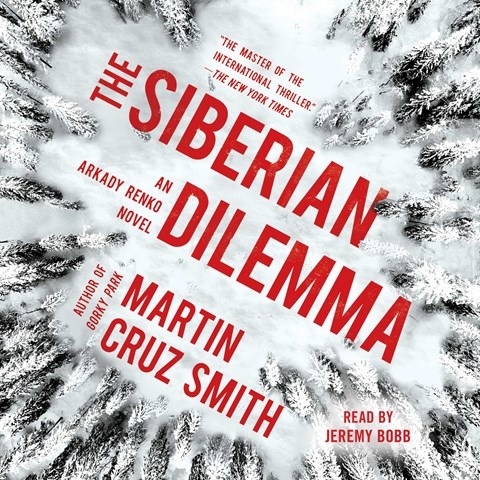 The longstanding Arkady Renko series has had its share of heavyweight narrators, and Jeremy Bobb, who debuts with the ninth installment, is among the best. He comes prepared, having narrated the Red Sparrow trilogy, and he provides the necessary modulation and tempo associated with Russian language speakers. More importantly, he conveys the pessimistic Russian subtext that makes the Renko books unique. This time around, Renko searches Siberia for his sometimes girlfriend, Tatiana, while fending off oligarchs and bears. That's right, Renko is loaded for bear, literally and figuratively, as the hairy creature (and symbol of Russia) pops up throughout this search-and-rescue story. Fans of the series won't be disappointed, and newbies can jump right in without the need for backstory. R.W.S. © AudioFile 2019, Portland, Maine [Published: NOVEMBER 2019]