Home»Reviews»THE MAN WHO PLAYED WITH FIRE 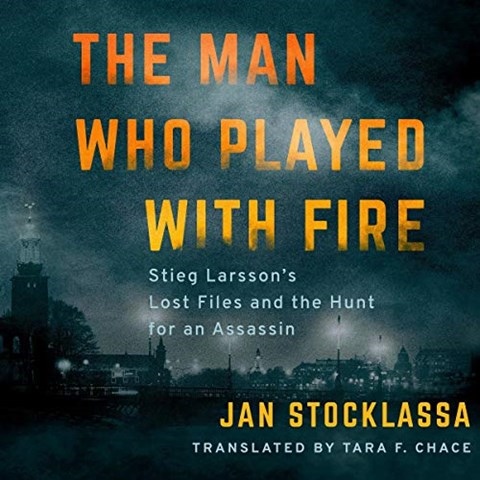 Narrator Ulf Bjorklund's genial and eager tone manifests journalist Jan Stocklassa in this deep dive into a political mystery in Sweden. The author was given unprecedented access to the late journalist and thriller writer Stieg Larsson's research surrounding the unsolved 1986 assassination of Swedish Prime Minister Olof Palme. The first half of the audiobook pieces together boxes of Larsson's files into the story of his investigation, which is then picked up years later by Stocklassa. Though Stocklassa's text employs a narrative style, it's full of the minutiae of true-crime research rather than the thrill of Larsson's famed novels (THE GIRL WITH THE DRAGON TATTOO et al.) The wash of details drags the story down at times, but Bjorklund's zest helps the listener stick with it to an ending that picks up with fascinating undercover work. S.T.C. © AudioFile 2020, Portland, Maine [Published: JANUARY 2020]