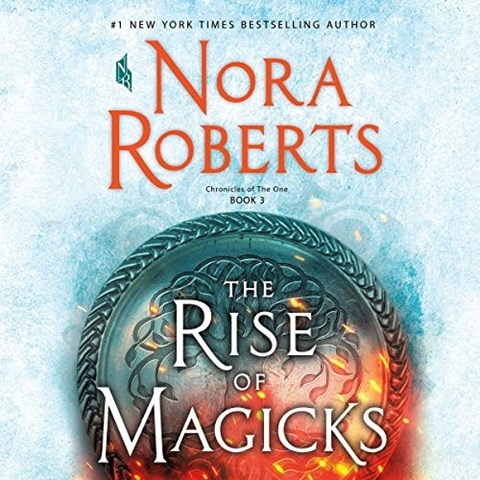 THE RISE OF MAGICKS Chronicles of The One, Book 3

Julia Whelan, who narrated earlier installments of the Chronicles of The One, lends her versatile vocal skills to the third and final installment of the trilogy. Fallon Swift may be The One, but she won't go into the final battle of good versus evil alone. Along with other community leaders--both with and without magick--Fallon embraces her destiny to save the world. Whelan's ability to portray a large cast of characters, giving each a unique voice, is laudable. Each character is discernible from the rest--no matter their gender, age, or regional accent. Her soothing tone and even pacing keep the lengthy story moving for the listener. Overall, Whelan deftly presents another production worth listening to. A.L.S.M. © AudioFile 2020, Portland, Maine [Published: JANUARY 2020]