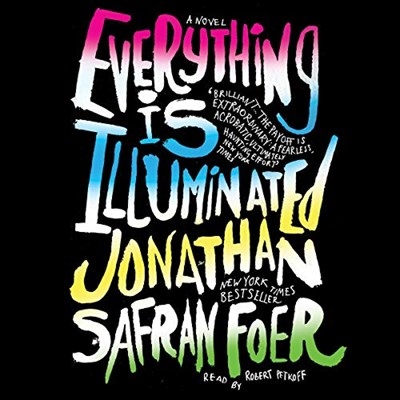 Narrator Robert Petkoff captures the wit and humor of this award-winning novel, which sheds light on a forgotten piece of Jewish history--and which became a movie. Petkoff easily switches between different accents and distinct voices as he portrays a fictional Jonathan Safran Foer, the work's author and main character, and his friend Alex Perchov, who butchers the English language with his malapropisms. Both journey to Ukraine to find the woman named Augustine who saved fictionalized Foer's grandfather when the Nazis tried to eradicate his small Jewish town. With several narratives at play, listeners may find the audiobook perplexing. Nonetheless, those who love a combination of humor, tragedy, history, and nonlinear storytelling will be rewarded. A.C. 2020 Audies Finalist © AudioFile 2019, Portland, Maine [Published: DECEMBER 2019]