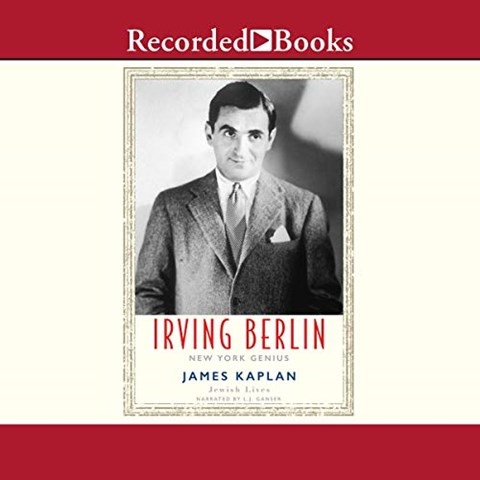 L.J. Ganser's lively narration immerses listeners in the well-researched rags-to-riches story of Izzy Baline, better known to the world as Irving Berlin (1888-1989). Born in Russia, Berlin, with his family, escaped czarist pogroms by immigrating to New York's Lower East Side, where he began his career at 13, singing for pennies in bars and on street corners. Ganser captures the chutzpah and charisma of the small, dark-haired Jewish musical prodigy who was streetwise and financially savvy enough to become a wealthy, successful man by age 21. From Broadway to Hollywood, Berlin composed such memorable melodies as "Easter Parade," "White Christmas," and "God Bless America." Ganser engagingly traces the ups and downs of this incredibly gifted, highly respected, precociously prolific musical genius. Delightful listening. S.J.H. © AudioFile 2020, Portland, Maine [Published: JANUARY 2020]