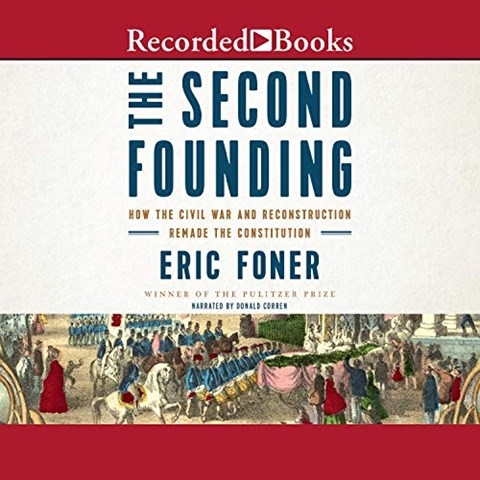 Donald Corren's commanding narration is a perfect match for this important audiobook. The author, a Reconstruction expert, explains how major modifications to the Constitution in the late 1860s changed the course of American politics. The abolition of slavery, birthright citizenship, equal protection under the law, and universal suffrage (initially for men) came out of the 13th, 14th, and 15th Amendments. Corren's urgent tone conveys the high stakes involved as the states and the federal government wrangled during the years following the Civil War. The outcome of these negotiations is considered by historians to be as significant as the founding itself, and Corren makes the listener care about each battle along the way. L.W.S. © AudioFile 2020, Portland, Maine [Published: FEBRUARY 2020]