Home»Reviews»THE DRAGONS OF THE STORM 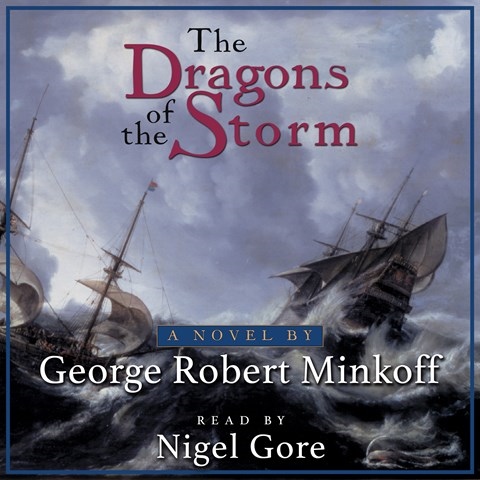 THE DRAGONS OF THE STORM In the Land of Whispers, Book 2

Shakespearean actor Nigel Gore is the ideal choice to intertwine these two spectacular narratives: the story of Sir Francis Drake's circumnavigation of the earth and the diaries of Captain John Smith, which include entries on the founding of Jamestown. Listeners will be flabbergasted to learn that there was an orchestra on Drake's GOLDEN HIND galleon as he sailed 10,000 miles without a chart. Equally compelling is Gore's masterful delivery of Minkoff's poetic writing on the courageous founding of Jamestown. Smith's relationship with Pocahontas adds a fascinating interlude. Gore deftly captures the fears, joys, diverse personalities, accents, and quotes from many famous historical figures, making make this production more accessible than the written epic. S.G.B. © AudioFile 2020, Portland, Maine [Published: JANUARY 2020]