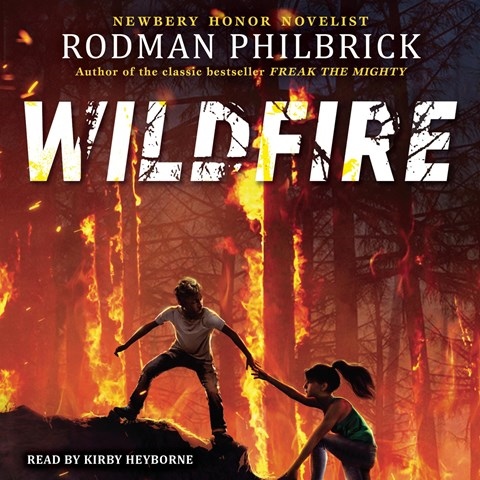 Kirby Heyborne's narration of 12-year-old Sam Castine's survival story begins as slowly as the fire that forces the evacuation of his summer camp. When Sam is accidentally left behind, he must fend for himself at first. Initially, Sam's voice remains steady, with changes only in speed and volume. Later, when he partners with the wily, slightly older Delphy and the pair face even greater danger, Heyborne ramps up his depiction of their desperation and determination. At the end, Heyborne expresses the boys' sense of futility and anger at the fire's destruction. E.J.F. © AudioFile 2019, Portland, Maine [Published: DECEMBER 2019]