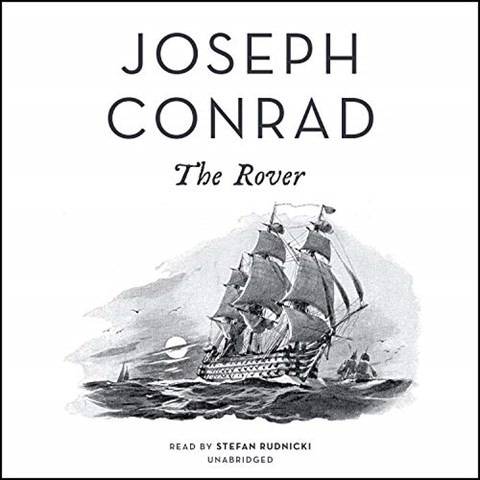 Narrator Stephan Rudnicki delivers an impressive performance of Conrad's story, which centers on the mysterious Jean Peyrol, a French native who has spent his life roaming the world's oceans. Seeking retirement, Peyrol returns to his country in the aftermath of the French Revolution but finds confusion even in his isolated place of retreat. Rudnicki's resonant voice meanders through the novel's picturesque descriptions. His command of French pronunciation helps to naturally blend the language into the prose. He adopts Peyrol's unconcerned air as he vocalizes the sea rover in a tone that sharply contrasts with the frenzied, nervous voices of the Revolutionary survivors. Rudnicki renders a certain disquietude in the dialogue, revealing the disconnect between characters. His performance intuitively reflects the natural cadence of Conrad's prose. D.M.W. © AudioFile 2020, Portland, Maine [Published: MAY 2020]