Home»Reviews»THE A.I. WHO LOVED ME 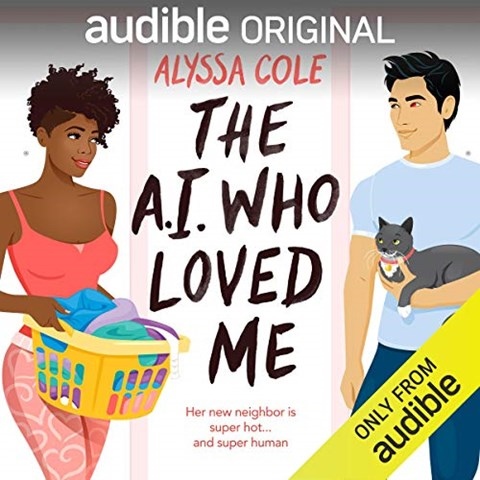 THE A.I. WHO LOVED ME

Jump into the start of a sci-fi romance series that explores the technological future. Narrator Regina Hall brings liveliness to her role as Trinity Jordan, a black woman working from home who is recovering from an accident she can't remember. Trinity is initially caught off guard by her odd new neighbor, Li Wei. Listeners feel Trinity's shock when she discovers she's falling for someone who isn't just a little eccentric--he's a biosynthetic humanoid. Feodor Chin captures Li Wei's initially stilted delivery, and listeners hear his voice change as his affection for Trinity unlocks emotional growth. Hall and Chin narrate most of the audiobook's first-person chapters, and the chapters delivered by the ensemble add more humor and suspense, making for more engaging listening. E.E.C. © AudioFile 2019, Portland, Maine [Published: DECEMBER 2019]