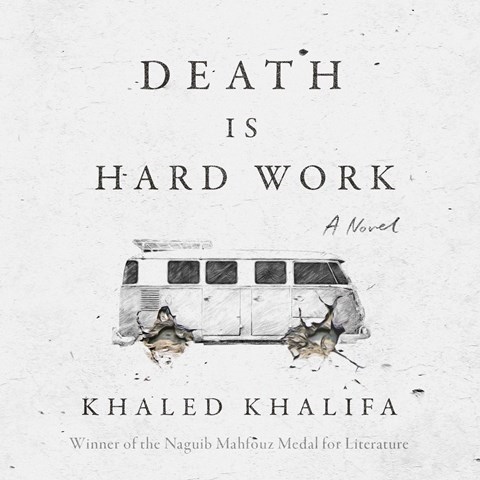 Neil Shah gives an eloquently unadorned narration of this modern quest novel, set in Syria. On his deathbed, Abdel asks his eldest son, Bolbol, to return his body to his ancestral burial ground. The journey is not far, yet it traverses the most dangerous part of the war-ravaged country. Bolbol enlists the help of his criminally suspect brother, Hussein, and his flighty sister, Fatima. There is little nuance in Shah's narration, but the drama of the landscape and in the lives of the three siblings speaks for itself. Shah's no-nonsense presentation of this short novel moves the action and its many digressions into the past lives of the dead man and his children. The story leaves listeners with an appreciation of the horrors of the Syrian war. D.G.P. © AudioFile 2019, Portland, Maine [Published: NOVEMBER 2019]